reminded me a little of this

there is a common denominator - not the drummige, but the awesome bassage - the great Herbie Flowers

the equally awesome drummige on "We All Insane" is by the great Barry de Souza
Posted by SIMON REYNOLDS at 9:04 AM

In the new issue of The Wire, there's a big feature on Ted Milton, looking at his long career fronting Blurt, but also his distant past as an avant-garde puppeteer. 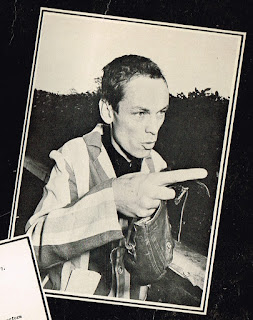 Ted Milton was actually my first interview. This is before Melody Maker, back in Monitor days. An independent publicist had started sending us records, which caused us to reverse our "no reviews, no interviews, thinkpieces only" policy and institute a review section pronto. By the final issue, the "no interviews" stance had crumbled too, with a profile of Sonic Youth.

It must have been around that time that I asked the PR if I could interview Milton for Monitor. But I think my secret plan was to pitch the idea to a music paper.

At any rate, I never wrote it up for anybody, because there was no "it" to write up.Ted led me on a merry dance through central London, hopping from cappuccino place to cappuccino place. I trailed behind him, carrying this hefty boom-box I'd borrowed off a friend because I didn't have anything else to record with. We never actually settled long enough anywhere for me to press "record"; I'm not sure I ever formally asked any questions, as such.... My interviewee was an odd mix of skittish and peevish - I suspect that he couldn't really be much bothered with being interviewed by some green kid from a zine he'd never heard of. So I headed back on the Oxford bus empty-handed. * 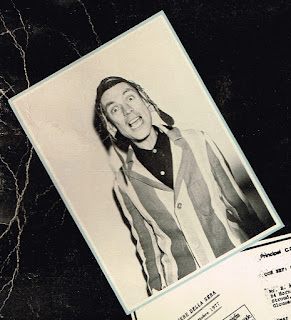 I liked the Ted Milton solo record we'd been sent - "Love Is Like A Violence", I believe -  and vaguely knew about Blurt. But the real reason I'd wanted to interview him was actually the radical puppeteering.  Which I only knew about because of a record that had come into my brother Tim's possession quite a few years earlier. It's not mentioned in The Wire piece, but it appears to be Milton's very first record: "Confessions of An Aeroplane Farter" b/w "I Don't Want To Go Poo-Poo!", self-released on his own Echt! label, in January 1979.  My brother had bought it on the off-chance, purely - I imagine - because of the titles. And because it came with a free aeroplane sickness bag -  a promise of emetic levels of listener disgust. 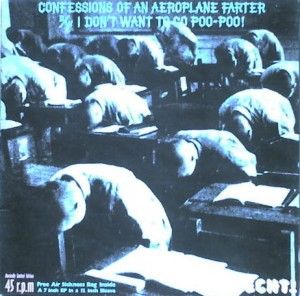 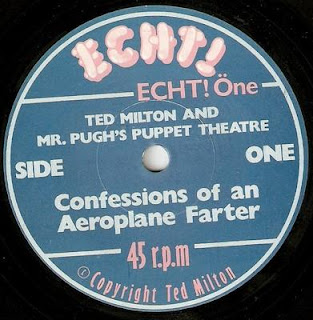 The full artist name is Ted Milton and Mr. Pugh's Puppet Theatre. On the back of the 12 inch sleeve (although the disc itself is a 7-inch), all is explained, or at least, darkly hinted at: 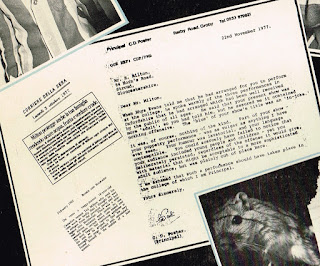 Me and my brothers -  enamored of épater le bourgeois as concept and praxis - were really taken with the thought of  Milton bringing his show - from the sound of it, a cross between Punch and Judy and Ubu Roi with some Derek & Clive thrown in - to schools and other institutions, causing havoc and trauma.  Although there was a faint suspicion that the letter of complaint was a fake.


Mr. Pugh's Puppet Theatre and The Blue Show not only shocked the primary schools and women's guilds to which Ted Milton took it, but also the theatres and cultural centers.

So what was it about the Blue Show that caused such a furore?

"It was about oral nasality in the police force," says Ted, with off-hand relish. "It involved scenes of unparalleled nasal carnage. There were episodes where policemen actually farted their legs off, a la Douglas Bader. And aeroplanes fell out of the sky. they ate prisoners in the Andes. The Black Manias had crashed and the Normals had escaped from the identikit and Lo! they had multiplied. It was a very horrible routine."

In the Wire piece, Milton describes another section of his show:

"At one point, a policeman sticks his big red nose down another policeman's throat. he starts vomiting and up comes a wet-look Union Jack. They didn't like that. It upset people. So I knew more and more and more where to go."

Further information about Mr. Pugh's Puppet Theatre from the website:


Mr. Pugh's Blue Show and Mr. Pugh's Velvet Glove Show were Ted Milton's guises as a puppeteer. Traveling Europe and Britain he would present plays like "Pere Ubu" by pre-dadaist playwright Alfred Jarry, as well as his own creations like "Operation Wordsworth". As such he also did support slots for Eric Clapton, Ian Dury and The Blockheads and Split Enz, often to the dismay of the rock audiences.

Tony Wilson, however was impressed enough to invite him to his TV-show "So It Goes" in 1976, and later, as Factory Records founder, he remembered Ted well enough to offer Blurt a deal.

"I first saw Ted Milton supporting Ian Dury and The Blockheads in 1978. He did this awful punk performance art Punch and Judy puppet show, puerile stuff like one of the puppets drinking snot from the others nose!"

Another interesting snippet I never knew:

Film director Terry Gilliam invited Ted to perform the role of the puppeteer in his movie "Jabberwocky".

If you scroll through this clip from Jabberwocky (a teenage fave of mine incidentally, what with being a total Python-and-its-every-last-offshoot fiend), you can see a bit of puppetry at about six minutes in, although it doesn't have much to do with Mr. Pugh's Blue Show seemingly.

There are just a few tiny snippets of  Mr. Pugh Ubu-ism to be found out there:

In his Wire piece, Daniel Spicer suggests that with Blurt, "Milton became both puppet and puppet master", to which Milton replies "I'd jumped out of the box, yeah!" 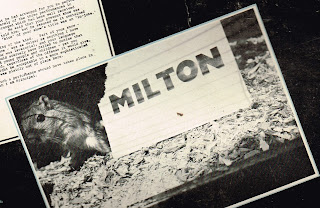 * Nothing to write up, but the day was not a complete write-off. The PR's office was based out of the Rough Trade building, where it so happened that very same day there was an album-playback party for Meat Is Murder.  She sweetly said it would be quite okay for me to wander in and have a listen, sample the refreshments. So I stood there, incredibly nervous and awestruck - not at the thought that Morrissey might be in attendance...  not that I was getting an advance ear-glimpse of the new album by my favorite group....  but because of the possibility that one of my NME heroes -  Barney Hoskyns! Morley, even! -  might be in the melee of hacks quaffing and pecking at the vegetarian hors d'oeuvres. 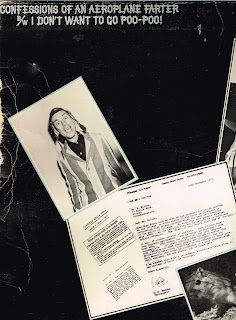