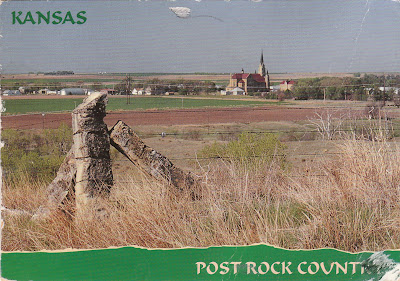 As prefixes (with optional hyphen) go, it's a fairly obvious one, so it's hardly surprising that some people came up with it earlier than me. But I was surprised to find just how early... 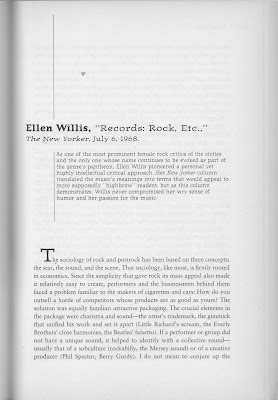 That's the earliest I've seen, and it's really early--1968! But what did Ellen Willis mean by "postrock" exactly? In this essay she never returns to the term, but it possibly refers to the grown-up, expansive music being made after rock's post-67 maturation (a development she semi-laments). 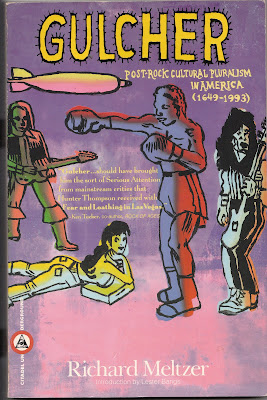 Meltzer's use of post-rock here in the subtitle to 1972's Gulcher: Post-Rock Cultural Pluralism in America (1649-1993) doesn't seem to be a musical usage particularly. He's talking (I think--never made it very deep into the book) in general terms about mass culture after Elvis and the loosening-up/leveling-down engendered by rock'n'roll, Pop, etc etc. There's also a sense that "post" refers to Meltzer's own loss of faith in rock (hence his writing a whole book about anything but rock music).(Funny though that the absurdist time-span in Gulcher's subtitle should be bracketed at one end by 1993, the year of post-rock's "official" commencement as genre).

After Gulcher, "post-rock" next crops up in the pages of the early Eighties New Musical Express as ammunition in the rockism vs. popism war. New Pop champion Paul Morley, reviewing Altered Images live in the February 13 1982 NME, hails Grogan and boys as key players in “the vitalizing anti-crisis post-rock pre-packaged HIGHLY USEFUL teented-pop bubble and trouble.”
So here "post-rock" signifies not a genre or musical form but something conceptual/cognitive, ie. a move beyond rockist assumptions/values/prejudices into some brand new kind of mental space.

Picking up on the term in the next issue, Morley's then adversary (and original nu-rockist) Barney Hoskyns writes an Echo & The Bunnymen cover story/nu-rockist manifesto, during which he pinpoints the group's debt to Marquee Moon and hails Television as the "first post-rock rockists”. A few weeks later, writing about Athens, Georgia's The Method Actors (whose Acute anthology I enthused about recently), Hoskyns describes their double LP Little Figures as being a more "radical post-rock statement" than PiL.

Funnily enough, the next occurrence of "post-rock"... 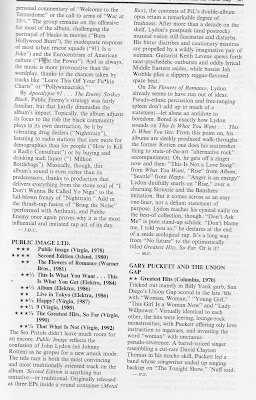 ... I know of is in this Rolling Stone Album Guide entry on Public Image Ltd. M.C. is Mark Coleman. The Guide came out in 1992, not sure when I got my copy of the book, but it's fairly likely I saw that and the term lodged in my head. In this context, it's a suggestive formulation, but some way short of being a concept.

another precocious use of post-rock from James Wolcott in 1975, more here