impostume back after long silence with lovely appreciation of roy harper's stormcock
Posted by SIMON REYNOLDS at 1:34 PM

next instalment of my Notes on the Noughties at the Guardian -- when will hip hop hurry up and die?
Posted by SIMON REYNOLDS at 8:10 PM

amazingly, Joker wasn't even the most amazing thing i saw at the weekend

even more amazing was the performance by... Jad Fair and Lumberob

there was this two-day festival A Fantastic World Superimposed on Reality: A Select History of Experimental Music, curated by Mike Kelley & Mark Beasley - went to the first night, lots of good stuff... others more like "concept sound" e.g. the strange Fluxus-type piece called "Lobbing Potatoes at a Gong" which involved, ah, Kelley hurling spuds at a large gong... or Fred Frith's "Stick Figures", which involved two guys pulling threads of wool through the strings of a pair of electric guitars... so yeah "interesting"... BUT there was also Z'ev (who apparently did his first paid performance in 1962!) bashing and stroking metal... Thurston Moore's trio with Ryan Sawyer and Daniel Carter, improv fury, very exciting, especially the drumming... Genesis P finding a diagonal between the sublime and the ridiculous with Thee Majesty (probably the only genuinely "challenging" thing on the night in the sense that the audience didn't know what to make of it and responded rather lukewarmly to P's recitations and the sproingy spurts of processed gtr), Arto Lindsay's gloriously goofy, bendylimbed noise-guitar shimmy... a long, long, and deafening duet for gongs composed by Rhys Chatham.... oh yes, and they had reconstructed Intonarumori for a very brief Russolo piece

but the stand-out performance was Jad Fair and Lumberob, doing this very peculiar but entertaining human beatboxing fed through delays/loops/FX, "phrase-sampling" i think they call it... at certain points they seemed to be doing jungle tracks using just their voices, real rumblistic B-lines a la "The Helicopter Tune"... elsewhere it was like the vocal weirdness Gibby used to do in Butthole Surfers meets i dunno Mighty Boosh crimping, but, um, a lot more enjoyable and dynamic and just mighty than that possibly sounds.... strangely though the one track at their Myspace isn't nearly as impressive as what they did on Friday, perhaps it's something that only works at top volume and onstage with them doing their nutty dance routines
Posted by SIMON REYNOLDS at 8:05 AM
i wondered early this year whether mid-Eighties indie would ever become hip...

extract here at the Quietus
Posted by SIMON REYNOLDS at 7:36 AM

America, cut it out!


when you mean to say


Really, it's become very grating.
Posted by SIMON REYNOLDS at 6:03 AM 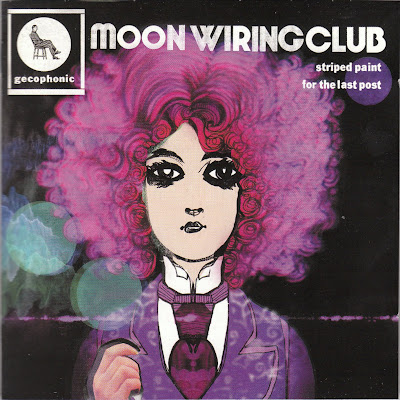 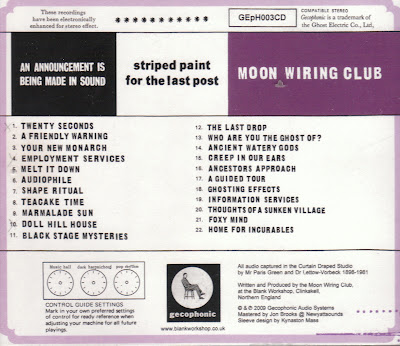 (a quick and rather perfunctory round-up, before all the end of year/end of decade palaver gets underway) 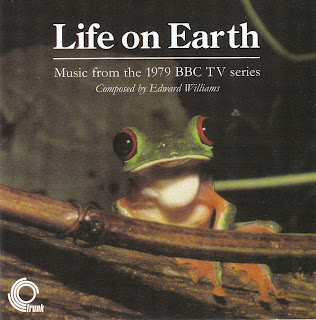 More TV themes and underscores that haunted the child-mind of Jonathan Benton-Hughes. 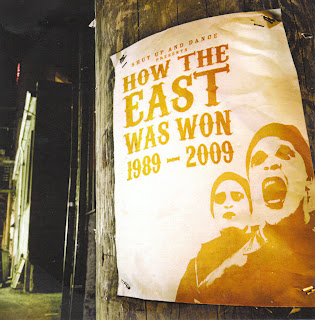 3 discs of doings by Shut Up and Dance the label. 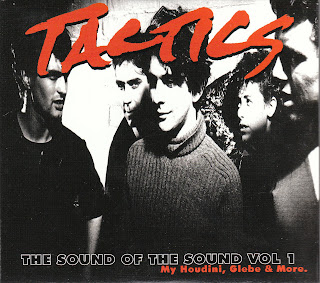 Ace Aussie postpunk, shading into New Wave but none the worse for it. 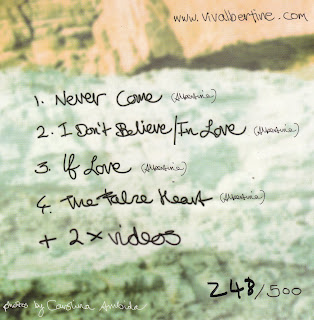 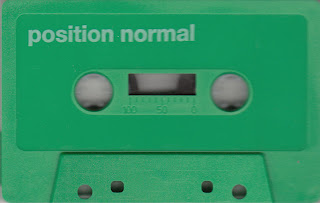 The most welcome (and unexpected) reactivation of the year. Get it here. 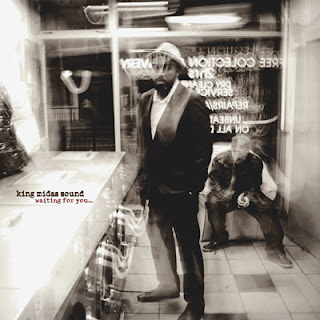 Like London Zoo turned inside out. Lowdown from Kevin and Roger here. 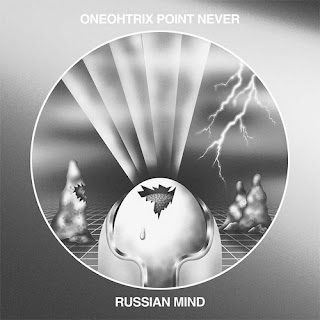 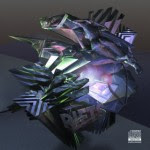 Picking up where these guys left off. Halcyon and on and on...
Posted by SIMON REYNOLDS at 6:42 PM
WHEN MATES MAKE BOOKS 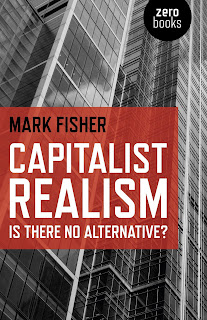 A work of unbridled genius. (Or so I assume). 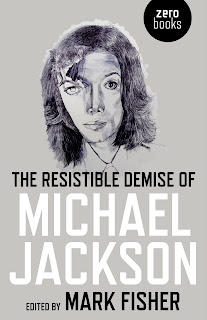 Loads of mates in this one. A work of unbridled scenius. (Or so I assume). 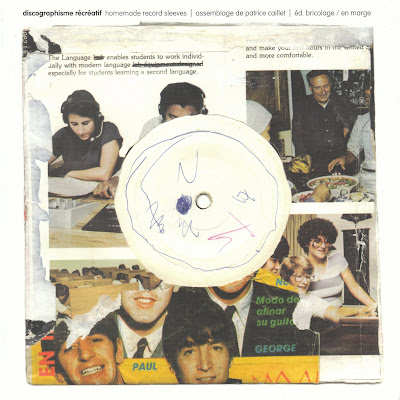 Just one mate in this one. Discographisme récréatif (assemblage de Patrice Caillet) is a very attractive, fascinating and covetable collection of homemade/customised/defaced/doodled-upon record sleeves and CD covers, mostly the work of unknowns found at flea markets, but in some cases done special-like by artist contributors like Matt (page 41). More info here.
Posted by SIMON REYNOLDS at 6:19 PM

And a few hauntological ones too.

However he missed this guy: 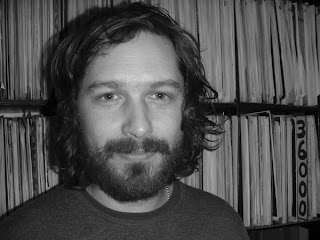 That's Baron Mordant, that is

MWC's new album Striped Paint For The Last Post is out in a week's time and I cannot wait to hear it.

Here's a taster for it.

Love his way with a reverbed bassline.

a reminder: Position Normal are guesting on Jonny Mugwump's Exotic Pylon show on Resonance FM this Saturday night 9-30 to 11 PM -- more info here--apparently he's going to be playing some of his pre-PosNorm stuff as Bugger Sod...
Posted by SIMON REYNOLDS at 7:09 PM
more on beards

wouldyabelieve it, another article on iconic beards that came out on exactly the same morning as mine

who knew it was National Beard Month and/or (are they the same thing?) No Shave November?

here (from a few years ago) a female pogonophobe perspective

Matt on "the Shoreditch Moustache"

In the comments my old colleague Jonh Wilde had a funny story about his time at Sounds (just before he jumped ship for Melody Maker in '87) and how alarmed his colleague Andy Hurt was when "a band with beards, namely Zodiac Mindwarp, were about to appear" on Sounds's front cover. "Andy voiced his concerns at the weekly meeting, even going so far as to suggest that nobody sporting a beard should be rewarded with coverage in Sounds. "We didn't fight the punk wars for THIS!" he exclaimed." 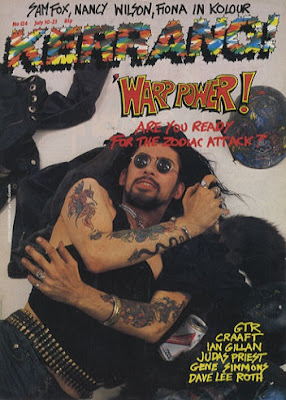 That rang true to me: as I remember it there had been this entire era of music--1977 to 1985, i.e. coterminous with my youth, with my getting into music and then getting into the music press--during which you virtually never saw a young group with facial hair. There was Dave Greenfield the keyboard whiz in the Stranglers (who had a raven's-wing-oily and vaguely menacing tache) and also the drummer Jet Black, who was another generation entirely, and there was Peter Hook, and that was it, pretty much. 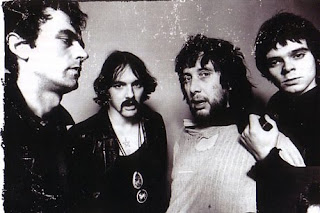 Thought I might be misremembering this, though, so I had a flick through these two densely pictorial books, Roger Crimlis & Alwyn W. Turner's Cult Rock Posters (which starts with glam but goes through punk, New Wave, New Romance, Goth, and includes all kinds of flyers, posters, album inserts etc) and Chris Sullivan & Stephen Colegrave's Punk (tons of photographs, follows the after-punk diaspora well into the Eighties) and sure enough, it was a virtually fuzz-free period. Punk rejected them as hippie and Virgin Records-y; postpunks and Goths didn't want to hide their pallor; New Popsters were supposed to be fresh-faced. In those days the only furry faces in NME were the roots reggae bands (or the very occasional Black American funk/soul band like EWF or Gap Band--generally speaking the semiotics of beards have a completely different valence in black music). Or it'd be someone like John Martyn or Richard Thompson, i.e. survivors of a different era, folk-rockers and such.

Same applied to the general youth populace. At my college the only beard-wearers were a bunch of hippies, same age as me but utterly dedicated to living in 1968 (they listened to The Hangman's Beautiful Daughter). Apart from these committed anachronists, the only other occurrences of facial hair among the young were rare and fell into precise categories. The guy who was short and slight and sick of being offered half-price on buses. An expression of radical self-neglect (often accompanied by body-odour or scurvy). The insignia of born-again Christianity (beard expressive of both Jesus-identification and a lack of vanity). Being a geology student (possibly a totally unfair stereotype, but a widespread and indelible one).

By the mid-to-late Eighties, as Jonh noted, beards started to creep back into rock as a daring, semiotically-freighted gesture. You had the vaguely-Satanic, "R-U-ready-to-rock?" beard, worn ironically by Zodiac Mindwarp and then in deadly earnest by Dave Navarro of Jane's Addiction and Chris Cornell of Soundgarden. By the Nineties there were soul-patches and goatees and the "hemp beard" (Cypress Hill). And there was weirdy-beardy electronica (Richard D. James, Luke Vibert), perhaps indicating "too busy twiddling me knobs" to bother shaving, or being a variant of the stoner hemp/hair connection (Vibert's chin-carpet always seemed vaguely resinous).

Somewhere in there you'd also get instances of the I-am-above-such-trifling-things-as-image beard, e.g. the brambles that over-ran the face of Elvis Costello circa Mighty Like A Rose, seemingly an act of pique at the fact that he wasn't getting chart hits anymore. 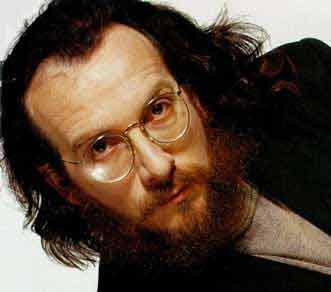 (Paddy MacAloon's present look is an extreme version of this ex-popstar, just-don't-care-anymore beard; originally his neat'n'tidy bieard signified a kind of hip-to-be-square, cooler-than-the-cool stance that paralleled what Prefab were doing musically and was a bit like that soft-rock-redolent/Andrew Gold-esque beard that you see with your French electronic types nowadays and also on Jarvis Cocker, a style move which I must say really surprised me). 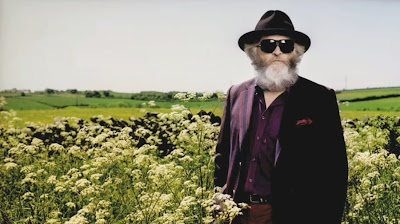 Like black music, metal is a whole other zone really, there's always been a hairy undercurrent, people like Lemmy. But certainly facial hair of ever-increasing complexity did seem to surge in metal during the Nineties both on the underground (thrash, black, doom, etc) and mainstream (nu-metal), perhaps signifying the resurgence of "real" metal that brought to an end the Eighties hair metal era (when pretty-boy rockers's faces were as smooth as their long locks were silky)... bristles signifying virility, and various shadings of i-am-sinister-me, paganism/barbarianism, biker-echoes...

Then acoustic guitars and folk came back... facial hair took over indie, which in C86-era was totally beardless and boy-man oriented.

I've never really got on with Bonnie 'Prince' Billy/Palace Bros/etc (now Fleet Foxes, I was surprised to find myself enjoying quite a bit) but I must say as an actor Will Oldham was very good as a sort of gone-to-seed, lost-his-way slacker/hippie type in Old Joy, which I saw a few weeks ago and which still vaguely haunts and disquiets me. 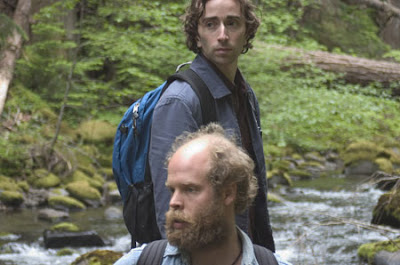 Posted by SIMON REYNOLDS at 6:14 PM

my Guardian blog reactivates for some Notes on the Noughties, a series of oblique angles on the decade--first one is on beard-rock 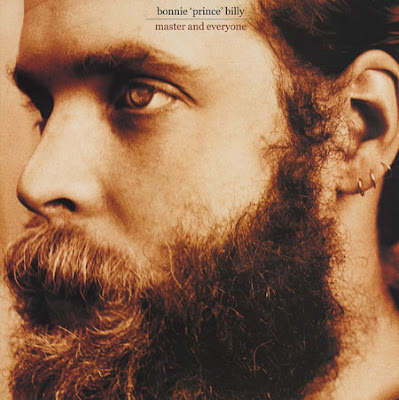 Posted by SIMON REYNOLDS at 7:32 AM 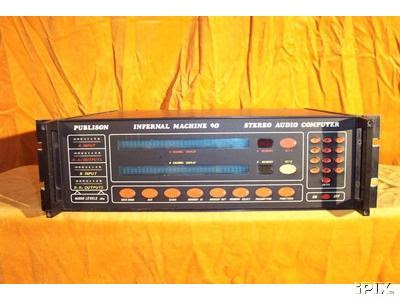 The Publison Infernal Machine, made by a French outboard gear manufacturer, and for some years the connoisseur-preferred, state-of-the-art sampler/effects unit

Stuart Argabright of Ike Yard/Dominatrix legend says "Publison made early sampling delays, you could get these great looping effects"

Matthew McKinnon dug up a good quote from here on its particular attributes: "The Publison Infernal Machine 90 is an amazing digital processing unit that has sampling, time stretching, reverberating, phasing, and delay effects.... offers 30 seconds of stereo sampling [this at a time when sample-time of 10 seconds was the norm] rich and endless reverb options and has a distinctive character all its own."

Chemical Brother Tom Rowland notes "it was a favorite machine of Ivan 'Doc' Rodriguez who worked on Boogie Down Productions, Grandmaster Flash, Spoonie G, T-LaRock, Biz Markie, Big Daddy Kane, Run DMC, LL Cool J and others" [including Eric B & Rakim's Paid In Full and records by EPMD].But he says they were used widely beyond hip hop (Prince was apparently a fan)despite being "notoriously unreliable and tricky to fix."

Posted by SIMON REYNOLDS at 6:48 PM

anyone out there heard of something called a "publason effect"?

(not sure about the spelling, might be "poublaison" -- the word sounds vaguely French, as said)

come across it only twice:

-- in 87 or '88 when interviewing hurby luv bug (producer of salt n pepa), he was talking about his sampling techniques and used that word to describe a special kind of loop

-- a few weeks ago at the arthur russell conference someone on a panel used it talking about the recording sessions for a particular project
Posted by SIMON REYNOLDS at 7:13 AM
Newer Posts Older Posts Home
Subscribe to: Posts (Atom)