When the groop that became Orange Juice was first assembling its constituent parts, one OJ-to-be put out a musicians-wanted advertisement. It announced "A New York band forming in the Bearsden area" (Bearsden being the posh Glasgow suburb - once rated in the Top Ten wealthiest places to live in Britain - whence they hailed).

When The Stick Figures were getting it together, it's tempting to imagine one of them putting an ad in the college paper: "A Scottish band forming in the Tampa area". 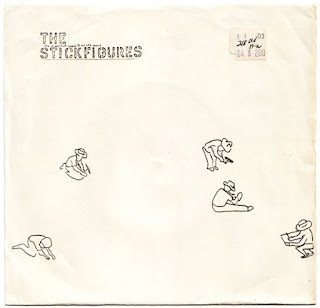 The Florida postpunk unit, whose slim but succulent body of work is to be reissued by Floating Mill Records, does often recall the fast-funk associated with Postcard and pop: aural at the turn of the Eighties. But there's more in the mix.

The squirmy but droney bass on "N-Light," for instance, adds some A Certain Ratio flavor but also makes me think of the glittering psychedelic funk of Meat Puppets circa Up on the Sun (and the solo shades off into Byrdsy raga-rock altitudes).

Still, it would be fair to describe The Stick Figures as Britophiles who also have affinities with similarly aligned hubs and clusters such as Athens, Georgia (Method Actors and Pylon especially) and NYC (the 99 Records roster).

"September,"  with its piecing female vocals and trancey swirl, is a stand-out tune, while "Make A Fire" trundles sweetly with a Modern Lovers meets Cat Burgers naivete. And the closing pair of "Ellis Otivator Dub"'s - the first dubbed in 1981, the second re-dubbed this year - offer a spiky frenzy in which Perry & Tubby's techniques have been assimilated to the music's core rather than simply plastered over it as a superficial add-on.

When I was listening to the mixture of released-but-rare and never-issued tunes that makes up the Floating Mill collection  Archeology -  out on September 3 - and perusing the pix, I suddenly realized that I'm friends with one of the Stick Figures - Robert Dansby - who I've known for years and who had on a few occasions shyly mentioned his postpunk musicking past! 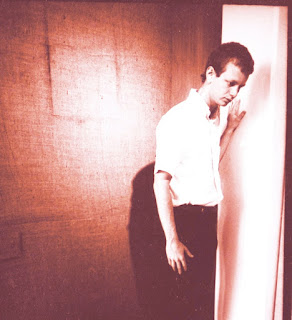 Here's a bit of history, a condensed version of the press release:

"The Stick Figures, formed in 1979 by University of South Florida students Rachel Maready Evergreen and David Bowman (siblings), Robert and Sid Dansby (also siblings), and Bill Carey, were a seminal fixture in Tampa, Florida’s deep and talented pool of late-70s/early-80s post-punk groups....  But The Stick Figures [broke up] less than a year after the release of their 1981 eponymous EP. For the last 40 years, those four tracks were The Stick Figures’ complete discography—until now. Archeology, the first release from Floating Mill Records, takes the original EP and adds six previously unreleased songs, two live tracks, and a reimagining of the EP’s experimental “Ellis Otivator Dub.” 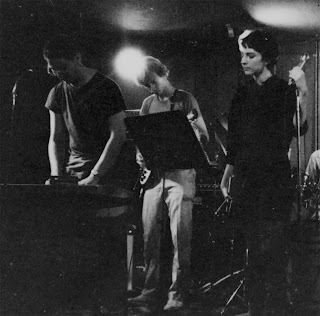 "Citing contemporaries such as Orange Juice, The Buzzcocks, and fellow emerging southern bands Pylon and The B-52s as influences, The Stick Figures’ instrumentation on Archeology frequently and proudly wears a warm, exuberant grin....  Journalist Gary Sperazza!’ ..  named The Stick Figures as the winner of his competition of “unheralded genius” in the June 1981 edition of the New York Rocker, asserting that The Stick Figures are, “if nothing else, better than all the other Velvets/Television/Feelies-derived aggregations” due to a “small fortune in good ideas, entertaining songs and imaginative playing....” 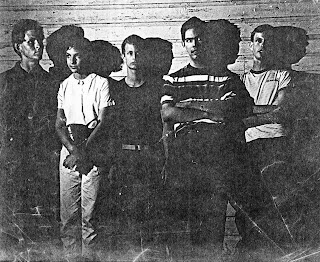 "...The Stick Figures charted course for the opportunities New York City offered an up-and-coming band, stopping to play shows in Atlanta during the Summer of 1981 on the way. Just as their ambition and talent finally earned interest from a label, Glass Records, the band, whose youngest member was still in their teens, succumbed to being “penniless and young” in an unforgiving Big Apple stuck somewhere between the 1977 blackouts and the 1981 garbage strike. Within a year of the move, some members retreated back to the Sunshine State before even stepping on a New York City stage while others roughed it out, leaving over 1,000 miles of East Coast to divide the group in two and force them to look for artistic fulfillment in other ventures. 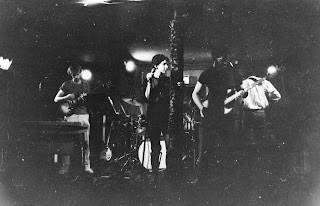 "But that retreat was not with their tails between their legs—The Stick Figures had made something together: a damn good EP (and dozens of equally impressive unreleased tracks). And, as unsung pioneers of the budding indie and DIY music scenes, they really “made” that EP. All five band members designed a cover before photocopying, assembling, and hand-coloring the 7” release themselves—all 500 copies—to be sold by Green Records, the Tampa-based label they formed and ran with the ever-helpful Pam Wiener Dubrule and a handful of other Tampa musicians." 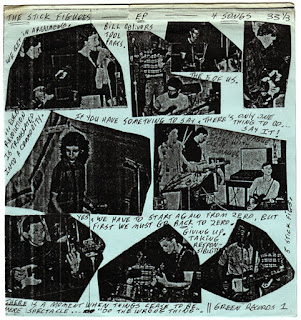 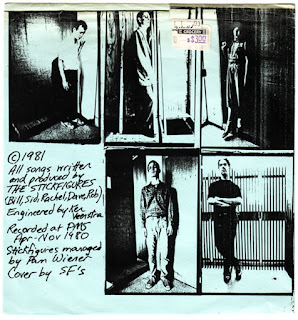 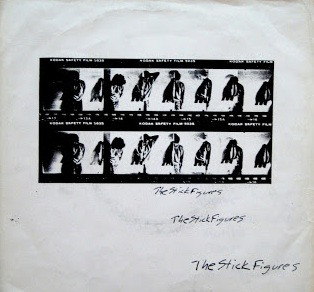 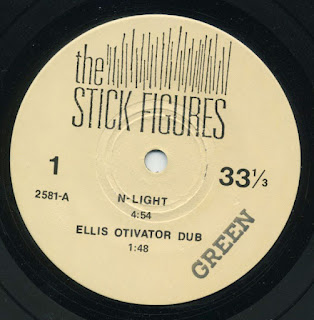 Now another postpunky reissue out next month on vinyl via Superior Viaduct that's been tickling my cochlea  is the self-titled debut (but also one-and-only) album by Suburban Lawns. 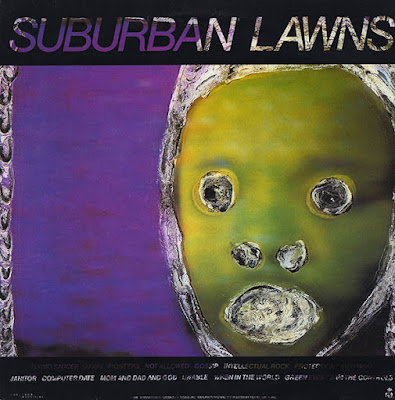 Below is what I wrote about them recently for a 10-album guided tour of New Wave I did for the Milan station Radio Raheem.

From Long Beach, California, Suburban Lawns had the ultimate New Wave name. Lyrically, their prime subject is the post-WW2 landscape of American banality, that same prefab plastic world satirized in films from The Graduate to Edward Scissorhands. In “Flying Saucer Attack” the citizens of the fast-food nation don’t mind being abducted by aliens so long as “we’re back for work on Monday”. “Mom and Dad and God” scorns the parents’ “mindless devotion to lack of emotion”. 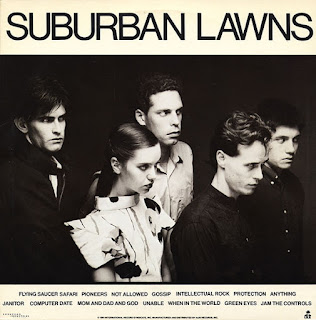 As with so much New Wave, you sense that these CalArts students can really play: it’s the friction of their ability against punk taboo’s on flashy musicianship that creates the music’s delicious nervous tension. “Janitor” is the jewel: Su Tissue sings not like a rock’n’roller but a librarian with a very peculiar imagination. 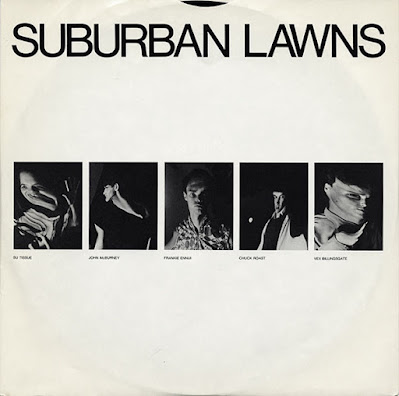 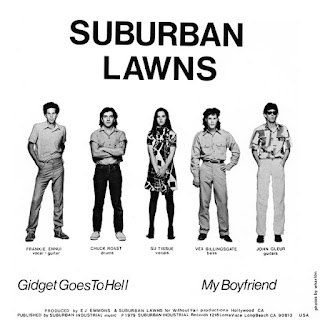