I was about to do another post of my own (got somewhere between seven and seventy lined up, mentally) but the mailbag is bulging, so here's a few from the crew

Ashley Bodenham, whose first selection is an  unexpected, shrewd one  and hey, the album title actually has the word "Drum" in it. (Also, those ceremonial-but-bouncy beats are making me flash on my favourite Belbury Poly tune).   The other two choices: yes yes.

Funnily enough the Phil Zone's next post is called The Tin Drum but there's nothing by Jansen here - the drummage comes from that era, though (take a bow, Robert, Donald,  Big Paul) and the thesis, challenging the vitalist assumption that rhythm is life-affirming, is typically provocative.
Alex Niven at The Fantastic Hope avers that when it comes to drumming, "shitter = better". Not sure I agree with that, or that Ringo is proof of the proposition ("Rain" - really don't hear that as clunky. In fact I was going to "do" that tune + "Tomorrow Never Knows" if nobody else did). Meters, Can, Reni - yes yes yes.

Meters crop up again in Our God Is Speed's next post, focused on a single crucial city, and mostly on a single sideman supreme.

Julian Bond at Voidstar  with a really unusual pick that momentarily makes me understand why Can invited him to join the band.

And then to the mailbag:

It’s funny to think back to the nineties! Suddenly it seemed like we all got such a kick out of rhythmic music. The trade in vinyl was driven by our insatiable desire to hear the lockstep of basslines and sampled drums. Drugs played their part but there must have been other currents there, some magnetic-mystic social undercurrent polarizing the musical DNA. The new stuff was great, but man, the old stuff was something else – the electrifying horror, HORROR – there’s no other word to describe it, of hearing things for the first time like Sun Ra’s “Twin Stars of Thence”, Augustus Pablo’s “Rockers Meet King Tubby's In a Fire House” or Neu!’s “E-Musik” – the recognition, the mirror-image staring back at one down the ages was enough to turn one’s ego inside out.

One of my great gentle pleasures of those bad old days was, in contrast, an example of how rhythm could be more tonal, could still flow as determinedly downstream but feel free: Don Cherry’s largely under-sung Mu (Second Part). The B-side starting with “Mysticism of My Sound” commences an exquisite suite driven entirely by New Orleans native Ed Blackwell’s syncopated percussion. Ranging right across the conventional drum kit over onto bells and woodblocks, other instruments jump in, a striding piano, a melancholic flute on “Bamboo Night”, hands are clapped – but it is Blackwell who is the quiet star.

Well I can't seem to find Mu 2 on YouTube. Here's that Sun Ra joint though.

Eric Rosenberg is blunt and to the point:

at the risk of more obvious, someone has to stick up, so to speak, for Ringo:

of which he says:

One of those instances when the drumming takes the character of the song. The style isn't forceful. It lurks in the background. But like the Pusherman, it's insistent, doesn't mess around, and it´s always on the move with that relentless beat. Motorik-soul if you will.

'Roots Man Dub' almost got in there, but this one won out. Sly Dunbar is an incredible producer/drummer. It's the way he adds that little roll with every second beat that gives that little extra edge and energy. Then the rest of the percussion drifts in and out of the background like a ghost. Waves of dread and power.

Possibly one of my all time favourite post-punk tracks. The way the timing of the drums seems to consistently slip and out of the rigid structures of the bass/guitar, yet reins itself back in with a clever little roll.

Way before the rap stylings of Nu-Metal, you had this. Bombing rock rap rythmns. Mike Bordin was not the largest of guys, yet his style was so heavy on the snare and floor toms. you never knew who or what was going to break first.

This caused a fellow reviewer last year to leap naked out of a hot tub during a stag do, exclaiming "THIS SONG!!" We saw them in Iceland last year, and were completely amazed by the way they eq'd the drums in the live show. It felt like bombs going off in your head. She also has a very unusual style of playing, very loose, but incredibly efficient. Bought the album the next day.

Well, he'll get no argument from me there. Memory of that TOTP burned into my brain, it is.

Another Gustav Ejstes production - opener for his brilliant "Ta Det Lugnt" album from 2004. I'm talking specifically about the intro and drum bridge - it sounds organic (first 2 seconds when the guy behind the drums starts speeding up and thickening up his part), subtle (jazzy snare fills) and aggressive at the same time. It's the best kind of progrock virtuosity I can think of. Of course guitars, melody, bass and vocals also move me in a special way, which makes "Panda" one of my favourite 00's songs ("Panda" is a Swedish slang term for attractive gothic girl, because of the thick black eyeliner - though I have no idea what the lyrics are about, the title is another reason why this song takes you somewhere).

1. Foo Fighters, "Everlong" - Gotta list something by Dave Grohl, but instead of picking something he laid down for Nirvana, I'm opting for the best Foo Fighters song ever recorded. The story goes that Grohl re-recorded all of William Goldsmiths' drum parts for 'The Colour and the Shape' without telling him (understandably, he quit the band once he found out) which is a spectacular dick move, but every time I listen to the flurry of drum fills in the chorus I have to respect Grohl for picking up the sticks for this song.


2. Nine Inch Nails, "March of the Pigs" - Fucking monstrous. Post-industrial industrial, where the synthetic is broken down and reclaimed by the undergrowth, visceral nature reclaiming the man-made.


3. Helmet, "Unsung" - Fitting title. Love the way the snare hits right in between the dead spaces of the guitar in the verses.
[It's funny that you can now hear "Nineties Drum Sound", after years and years of people complaining about Eighties Drum Sound making so many records from that time unlistenable or at least so much less powerful than they could have been. The Nineties drum sound is almost the opposite: too loud, too live, too vivid. Who do we blame?  Butch Vig?]


4. Adam and the Ants, "Stand and Deliver" - Pop revelry. Having been born after the song came out, I can't fully imagine how thrilling it must've sounded to hear those Burundi drum rolls popping out of every radio.

[It was pretty fucking thrilling let me tell you! Live too: the Ants, just on the very cusp of superstardom, were my second gig. #1 =  Slits, #3 = Killing Joke.]

5. Smashing Pumpkins, "Hummer" - Have to give a nod to the (former) beat-keeper for my favorite band. Coming from a jazz background, Jimmy Chamberlin has a subtle and varied touch characterized by wonderful little flares and flourishes, but he can pound it out as hard as fellow alt-rocker Dave Grohl whenever the music warrants it.


6. Ready for the World, "Oh Sheila" - Skirting your rules a bit, as from what I've heard this is a main drum beat with fills overdubbed on top. Rock-solid groove, though. An exemplar of why I love the more uptempo end of '80s R&B that eventually evolved into new jack swing.

And to close, some levity:

and hey hey, it's  Jon Dale -  with an actual response to my first post, reminding me that Mick Fleetwood may be a stalwart sticksman  but he can also be a bit of buffoon. Wait for the infamous "vest solo" to really take off at about 2.20. 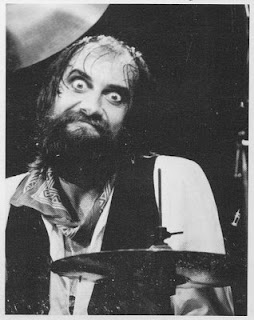 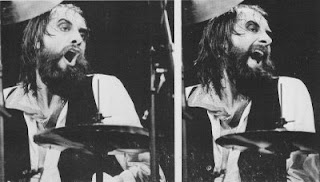 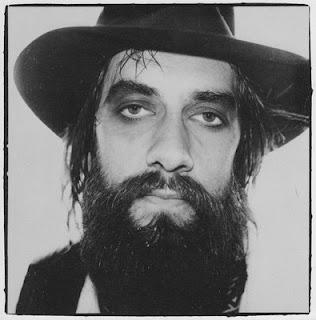