It's always an awkward moment--for a critic. It might be a real-world friendship, someone you've known for years; it might be one forged entirely through email correspondence. Some ways into the relationship comes the uneasy, slightly queasy moment of revelation: "oh yeah, did I really not mention this before? but yeah, actually I make music." Neither party is sure if they really want to go there, the next step. Because after all, judgement is my job.

I hasten to add that with barely a single exception everything I've actually received in this fashion has either been good or at least interesting. (Perhaps there's a filtration effect, if I've got to that point with someone, they're likely to have some reasonably sharp ideas about music). And in fact, in one case at least--The Focus Group, Julian House (who I've still yet to meet in the flesh)-- the music encountered in this shy and ginger process would turn out to be among my absolute favourite of this decade. But still (and I really don't mean to discourage--any and all offerings welcome, honest!) it's bound to be an uncomfortable moment. Awkward, and yet intriguing.... Because you never know

Now there's a couple of people, well-known figures on this scene, who've been backward in coming forward, shall we say. One, I only found out was playing both sides of the critic/creator fence a long way into our friendship, and I've yet to hear a single scrap of sound despite a genuine expression of interest (perhaps I'm supposed to badger?). And there's another who mentioned in this quite casual way that he'd been messing around with music, in what sounded like a low-key, no-real-aims-here fashion.... except at the very end of last year he only goes and slyly puts out a pair of records, without a word! And I must say he's been very coy about me getting to hear them. In the end I had to mail-order the bloody things! At this point, I'm sensing a certain subconscious resistance here to the idea of me ever clapping ears on his audio creations! Okay, discretion and forebearance are commendable, but you can take any virtue too far. Then again, he's right in a way, it's lose/lose really: if I hated the music and came up with some neutral wish-washy comments he'd sense the truth, while in the reverse case, us being such good mates, nobody'll believe a word of anything nice I'd have to say.

But who on Earth am I talking about, you ask with mounting impatience (those who haven't guessed already).

Why this fellow of course… 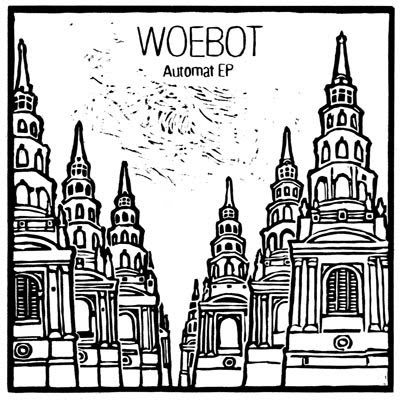 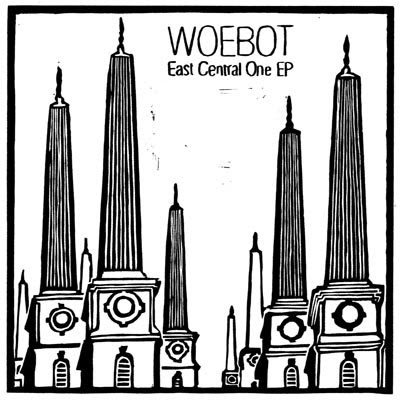 I popped the first 3 inch CD in my computer with some nervousness I must admit. What if it's… complete shit? Or just okay. Moderately interesting.
But praise the Lord, it's actually good. And the second EP, East Central One, is really good. How I'd put it is, the first one is promising and the second one delivers on the promise.

The overall sound is on the outskirts of hauntology, but with a different set of reference points (classical music rather than library music, for instance). Others have alluded to "dubstep", which would be richly ironic given Matt's dismissive comments about that genre, but I don' t see it myself. Here and there you'll hear a rootical flourish, a shard of skank, a drum sound or reverby chasm that is obviously reggaematic, but it's such a sporadic, fragmentary presence. If anything it reminds me more of the couple of tracks that Belbury Poly's done that have a peculiar Albion-meets-Jamaica vibe.

To particulars… Hollow Earth 001 starts with "Hit It": James Brown barking "1, 2, 3.. hit it"…. glum, pensive synth chords… wuthering choral voices that seem to levitate upwards to the nave… the overall effect akin to The Black Dog moulting and senile. "Cheese" starts with a wonderful vocal sample--an elderly woman, her voice leathery and clotted, saying "all I know is, we've always made our own cheese". A low Reese bassdrone and twilight chords with a vaguely ecclesiastical flavor are offset with piano exercise chords that vaguely remind me of the Lord Skywave project (Simian's Simon Lord sampling his dead grandmother Madeleine Dring's compositions). This is the closest any track on both EPs veers to dubstep, although the effect is much more like "rural rave". Or Burial if he tuned into Radio 3 rather than the pirates. "Bear Market Rally" could be the incidental music from The Prisoner remade by Playstation grimesters, all punctilious blares and horn-toots, skitters of kettle drum and broken-backed paradiddles. "Morvern" has a ceremonial feel, the soundtrack to Masonic rituals perhaps--something terribly British yet deeply, darkly atavistic.

Overall, with Automat I'm actually reminded of the first few EPs by D-Generation, tracks like "Rotting Hill" with its Elgar samples. (That fits right into the "when mates make music" category in a funny ass-backwards way in so far as years and years after I enthusiastically wrote them up in Melody Maker, Mark Fisher revealed that he'd actually been a member of the trio--but not the one I'd interviewed on the phone.)

As I say, promising stuff... But Hollow Earth 002 is genuinely impressive. "Bunhill" starts with a craggy old thesp intoning with sonorous poshness "when the stars threw down their spears/and watered heaven with their tears"… shooting-star synth-lines twinkle down slowly to the horizon…. sub-bass pads thud doomily in pure darkside style but there's no beat as such… then the Bells of St Clements (or similar) chime in as keys ache distantly like fog creeping over the Thames Flood Barrier… Then my favourite bit, a one-off soundbite, "come on", the cadence almost jungalistic, the tone pure Derek Nimmo. "Chiliblains" is another track book-ended with a vocal sample, in this case a leery, bleary "nice, nice" that could be straight off Position Normal's Stop Your Nonsense. Then we're into a highly strung mood piece, pushed along by a scrapey, skittery beat like an egg whisk against a frying pan, a beetling of high-toned bass, and what sounds like someone attempting to mimic the staccato-pulsing Psycho music armed only with a ukelele. Sombre yet somehow wry, the horn-draped "Salami" showcases the big inspiration Matt has been drawing recently from 20th Century classical music, Benjamin Britten and such like. There's a dingy but old-slippers-comfy melancholy to this track that for some reason makes me picture the old Luncheon Vouchers symbol you used to get in the front of cafes, middle aged gents with comb-overs poring through the Racing Post. Finally, "Flapper," easily the stand-out track out of both EPs for me, and at just under six minutes, the longest too, suggesting that Matt had moved beyond crafting arresting slivers of mood to creating pieces that go through changes. Plinky clinks of melodic-percussive sound firmly in the nuum lineage sit alongside cawing violas from the classical tradition and odd little geometric riffs like rock music miniaturized and dessicated. The echoed snare and loping bass evoke a disembodied skank (reggae on muscle relaxants) as radically distant from Jamaica as Monolake's "Lantau/Macao". Quite unexpectedly a deliciously crisp early Eighties summerfunk pulse (a more languid "And the Beat Goes On" perhaps) glides into the mix and gently takes control of the groove for a while; before the irruption of playfully querulous voices from some Estonian radio play. "Flapper" makes me imagine the more ambient slow-motion pieces on side two of Bush of Ghosts, if Byrne & Eno had eschewed America's evangelist radio in favour of the BBC World Service. Or something the post-Can Holger Czukay might have cooked up if he'd studied with Harrison Birtwistle as opposed to Karlheinz Stockhausen.

It's true that when I listen to these EPS I can't help smiling every so often at the thought of Matthew toiling away on his deliberately non-state-of-art gear, whittling the sounds into shape and pursuing the vision in his head with typicial obsessiveness (see below for links to information about the guiding ideas behind the project). But trust me, I'd keep schtum if I couldn't honestly report that these EPs are very much worth checking out. I for one am excited at the prospect of a Woebot full-length.

About the Woebot ethos

About the Woebot methodology

About the Woebot packaging

About the Automat EP